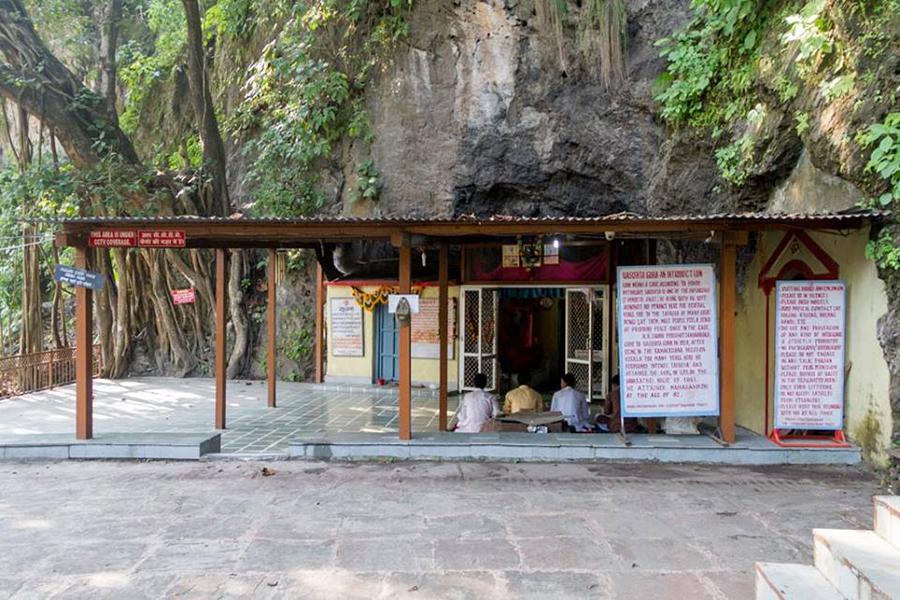 Vashishta Cave (Gufa) is situated on the banks of the River Ganga, it is one of the most beautiful places of deep meditation in Rishikesh. This cave was where Sage Vashishta (Lord Brahma’s godly son) meditated. Vashishta was also among the seven great sages (Saptarishis) and the guru of Lord Rama. According to Hindu mythology, after the death of the sage’s children, Vashishta came here to commit suicide. However, the holy Ganga River failed his attempt, thereafter Vashishta and his wife decided to stay here due to the pleasant environment and energy. Sage Vashishta meditated in the cave for long periods of time and with the passing of time a small ashram was made in his remembrance. In the mid 20th century, Swami Purshottamanand came to this site and started to maintain it. At present, the Swami Purshottamanand Trust manages this cave and inside the cave, there is a Shivalinga which is considered very sacred. To reach Vashishta Cave (20km from Laxman Jhula) you have to go on the Rishikesh-Badrinath highway which passes through Shivpuri beach. Shivpuri beach is among one of the favorite beaches in Rishikesh, with the silver soft sand and jade blue tranquil waters, this stunning beach will leave you feeling soothed and tranquilized. The beach stretches all the way through to Vashishta Cave, so the journey itself is very scenic and pleasing to the eye.